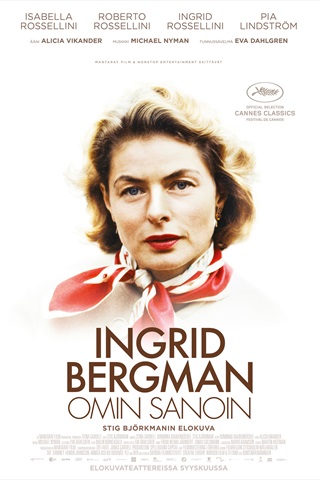 In spring 2011, director Stig Björkman meets Ingrid Bergman's daughter Isabella Rossellini and she suggests him to "make a film about Mama". Through Isabella, Stig is able to tell Ingrid's story through her own words and images. Seven time Academy Award-nominee and three time Academy Award-winner Ingrid Bergman was one of the most talented actresses of Hollywood's Golden Age with great performances in films such as Casablanca (1942), Gaslight (1944) and and Autumn Sonata (1978).

Through never-before-seen private footage, notes, letters, diaries and interviews with her children, this documentary presents a personal portrait and captivating look behind the scenes of the remarkable life of a young Swedish girl who became one of the most celebrated actresses of American and World cinema.