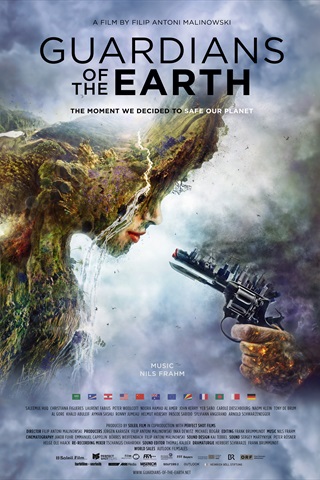 Guardians of the Earth

The heroes of the warming planet

The clock is ticking. A bomb is about to go off. The doomsday is near. We need heroes.

You might think that watching a film about 20 000 negotiators is about as interesting as watching paint dry, but prepare to think again! Guardians of the Earth is a documentary about the Paris Climate Conference that took place in 2015. This was the conference where an agreement aiming to limit the increase in global average temperature to 1.5 degrees in comparison to the pre-industrial levels was achieved. Different countries have different agendas for the negotiations, and when the representatives of big oil producing countries question every word form, and a sea of activists patrol outside the conference venue, the pressures quickly rise. The cool-headed negotiators are like superheroes who don’t falter under the pressure.

Guardians of the Earth is a surprisingly thrilling and dramatic film. People who have lost their homes to rising sea levels are full of hope and passion, even though you’d think their faith to a better tomorrow would have vanished along the dry land. This emotional documentary gives the viewer an opportunity to see how the big picture is drawn behind the scenes.

One of the most noticeable conference attendees is Arnold Schwarzenegger, who during his service as the Governor of California made a complete turnaround in his views on climate change. Nowadays Schwarzenegger is known as one of the most outspoken advocates for combatting climate warming.