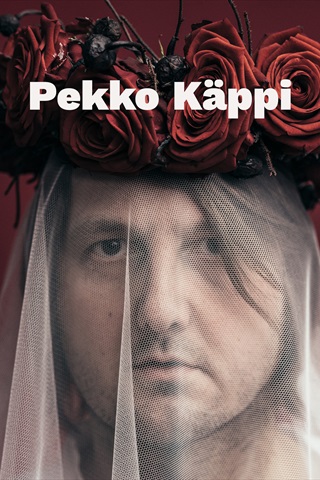 Pekko Käppi is an award-winning folk musician, whose instrument is jouhikko, an ancient Finnish bowed lyre. There is nothing ancient about Käppi, however, as he moshes with his skull-decorated jouhikko, torturing the instrument to create trembling distortion noise.

In his music Käppi combines folk poetry, punk aesthetics and unparallelled songwriting skills. His songs borrow rhythms and styles from pop, rock and progressive rock music, yet they only ever sound like Käppi. Besides all this, Pekko Käppi is also one of the greatest and most entertaining live performers: he enthralls his listeners with his charismatic voice and the wails and growls of his jouhikko. This is a sickness which doesn’t need a cure!

”Vankasti vastavirrassa” (’Steadily against the stream’) is Rokumentti Festival’s own underground music club which brings the most interesting artists of the Finnish alternative music scene to perform at the cinema. Dark, quiet and intimate cinema auditorium offers a particularly spectacular milieu for wonderfully different music!