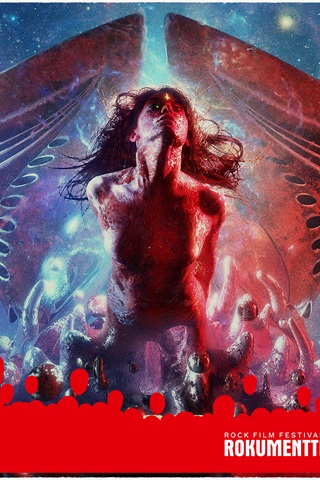 Carpenter Brut is one of the biggest names in synthwave who gained wider recognition with their magnificent music video Turbo Killer. Following the video's success the director duo, also known by the alias Seth Ickerman, had the opportunity to work on a much larger project: the scifi spectacle Blood Machines, which was funded largely through Kickstarter.

The story involves two space cowboys tracking an ominous ship gone astray. Strange things happen during the operation: an eerie female figure detaches itself from the ship's metal core, almost as if the ship had a soul. The men are at least as baffled as the apes of 2001: A Space Odyssey before the monolith, and they begin to chase the woman through space. The mindbogglingly visual film is an overflowing celebration of colour and light with more subtle meanings lying underneath the synthetic surface.

“Epic” is only a word until you've experienced Blood Machines on the big screen.