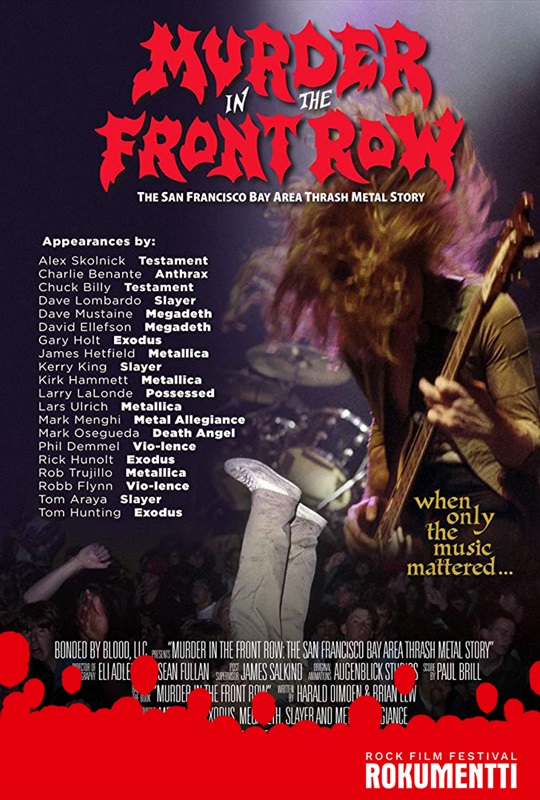 The starting point: San Francisco Bay Area, late 70s, disco music on the radio waves. Long-haired youth in denim jackets with embroidered patches are hungry for change. This is the birth of thrash metal: a backlash against the pretentiousness of glam rock. Filled with horror imagery, the genre provides escapism from the bleak suburban life. Metalheads form a fanatic community of their own. The new technological innovation - the cassette tape - makes spreading the music easier than ever.

Director Adam Dubin has managed to reach out to many familiar faces. The interviewees include, for example, Dave Mustaine as well as the founding members of Slayer, Metallica and Exodus. Murder in the Front Row documents the early years of the Bay Area bands from the initial demos to first albums in the early 80s. The film's timeline ends in the tragic death of the Metallica bassist Cliff Burton, which also marked an end of an era.