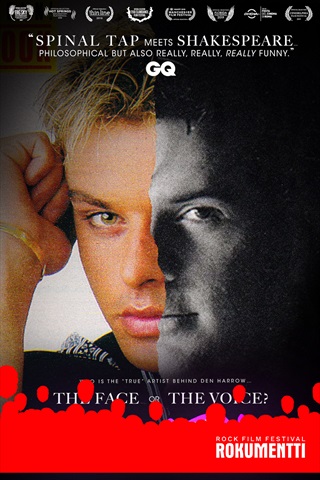 Italo disco was a genre of popular music that was at the height of its glory in the 80’s, and that still has a strong cult status and dedicated following. One of the biggest names in the genre was Den Harrow (a name that derives from the Italian word denaro, meaning money), which was founded by the producer duo Roberto Turatti and Miki Chieregato. The frontline was given to young and pretty Stefano Sandri, a party animal who made the fans’ hearts beat to the rhythm of hits such as Don’t Break My Heart and Bad Boy. Performing under an alias and introduced as “an American”, Sandri never sang the songs, nor did he even speak English. Lip-synch was the name of the game. Unbeknown to the public, most of the songs were actually recorded by Tom Hooker. Over the years, the fact that Den Harrow became a career for Sandri began to bug Hooker, who never really got to experience the gig life himself.

This documentary deliciously proves once again that truth is stranger than fiction. In the core of the story there are battles of egos and dreams dying down. Who is the victim here, and who is the asshole? Did someone sabotage the gigs? Is lip-synching an artform in its own right? No matter what your genre of choice is, this documentary is an entertaining, touching treat for all music fans