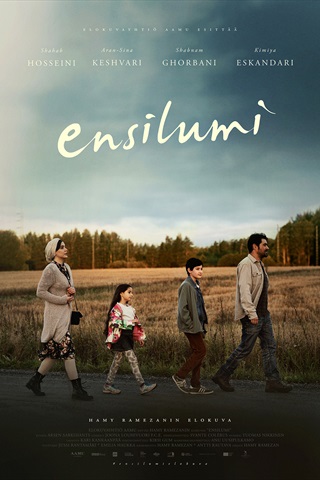 Ramin Mehdipour and his family enjoy a perfect summer in a small Finnish town. Their world revolves around friends and the nature all around. Their routines are fractured by a negative decision on their application for asylum by the Finnish Immigration Service. But life must go on and Ramin is about to enter an entirely new school, junior high. The Mehdipours use their last chance to appeal and continue their everyday lives, fuelled by their exceptionally positive outlook and attitude. Ramin is on the verge of innocence and adulthood, about to bid farewell to his childhood as he looks for his own voice and personal way of greeting life.

Hamy Ramezan is a Finnish-Iranian filmmaker. Having fled persecution in Iran he and his family arrived to Finland in 1990. He studied film directing in The UK. His short films Listen, Keys of Heaven and Over the Fence have won over 60 festival prices. Short film Listen premiered in Cannes Directors’ Fortnight 2015 and was nominated for Best Short Film at European Film Awards. Any Day Now is his debut feature film.