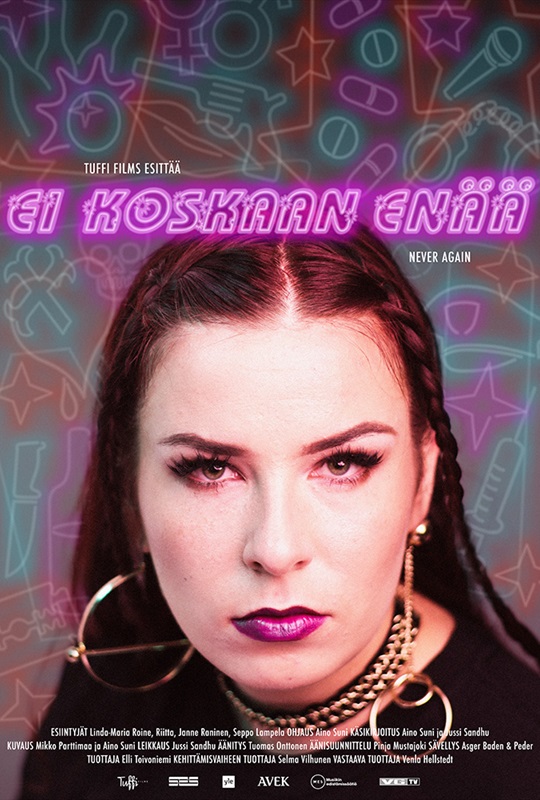 Female rap from the dark side of the rainbow

Never Again is one of the most mind-blowing Finnish rap movies. Like Alice, the viewer falls down the rabbit hole, but instead of cupcakes and bright rainbow colours, they find hard drugs, crime and violence.

Never Again tells the story of Linda Roine, a gangsta rap artist better known by her alias, Mercedes Bentso. The document deals with the background of her career, particularly how a raw assault took her face to face with death at only sixteen and the effect it had on her.

After freeing herself from a brutal and violent environment steeped with drugs, Linda finds herself deep in another macho culture. The hip hop scene is one of the last male strongholds and females have only two roles: moan the chorus or appear as a cock sucking whore in the lyrics. Mercedes Bentso wants to change that. Bentso's brutal lyrics deal with oppressed women and her own experiences in a world filled with violence. Never Again follows Mercedes Bentso through the rocky journey of making her first album and falling in love with a man doing time for murder. Most importantly, it showcases the incredible strength it takes to overcome the stigmas of one's youth.