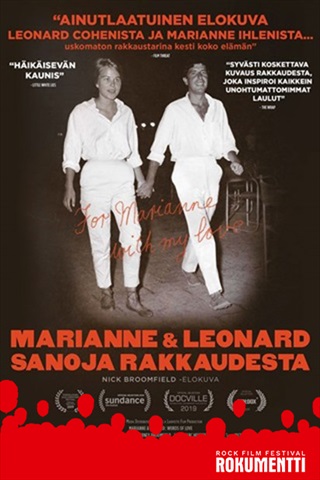 Marianne & Leonard: Words of Love is renowned filmmaker Nick Broomfield’s most personal and romantic film of his storied career. This beautiful yet tragic love story starts on the Greek island of Hydra in 1960, where Leonard Cohen, a struggling, unknown fiction writer, and Marianne Ihlen, a single mother, became part of a bohemian community of foreign artists. The film follows their relationship from the early days, a humble time of ‘free love’ and open marriage, to how their love evolved when Leonard became a successful musician. It was a time that left a lasting imprint on both Marianne and Leonard, whose friendship would last another fifty years.