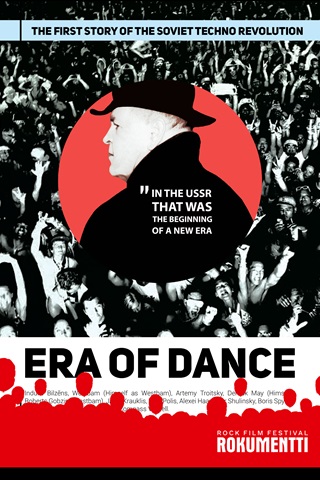 Rave party behind the Iron Curtain

Era of Dance is a documentary which shows the story of the Soviet techno revolution. The second half of the '80s. This was a decade marked by the rise in tension between the American and Russian blocks in the Cold Wars, the fall of the Berlin Wall.. The West and The East became connected by the new culture phenomena - techno revolution. Thirty years have passed since the historical events which dramatically changed the cultural scene of the Soviet Union forever. Beyond some facts is some untold story, which so far 30 years has not been made public. Story about the man behind this historical invasion. Indulis Bilzens - one of the most notable cultural diplomats of the 80 's and 90 's. His name remains unknown to the masses, isn't registered in the books of pop culture and has sort of disappeared from the horizon today. However, the activities of Bilzens played a significant part in the beginning of what was a new culture in the time of Soviet regime.