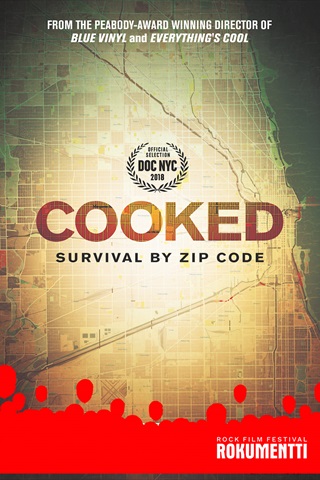 What’s the best way to prepare for a disaster?

In her new documentary Cooked, the Peabody Award-winning filmmaker Judith Helfland deals with the extreme heatwave which caused the death of 739 residents in Chicago in 1995. The people who died over the course of one week were mostly black and lived in the poorest parts of Chicago. Adapted from Eric Klinenberg’s book Heatwave: A Social Autopsy of Disaster in Chicago, the film delves deep into the causes behind the tragic and senseless deaths which in the end had very little to do with actual weather.

What starts out as a shocking true story about a single disaster, turns into a heart-breaking analysis of the ways in which class, race, and zip code predetermine people’s ability to deal with the ever-increasing natural disasters. Throughout the film, Helfland asks several frank and scrutinizing questions but only one of them will truly haunt you: does a natural disaster really affect the rich and the poor the same way?