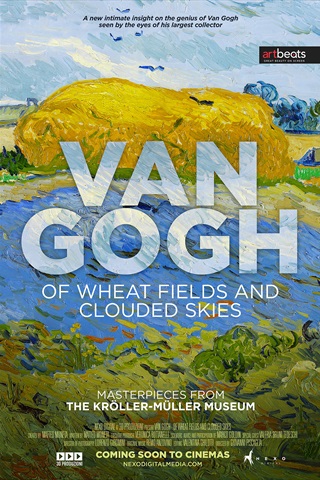 2A new look at Van Gogh through the legacy of the greatest private collector of the Dutch artist’s work: Helene Kröller-Müller (1869-1939), who in the early 20th Century, ended up buying nearly 300 of his works, paintings and drawings included. This is a story that tells the tale of the spiritual bond between two people who never met during their lifetime (Helene Kröller-Müller was 21 when Van Gogh died in 1890), but shared the same attraction for the Absolute, the same uncompromising search for a pure artistic, religious dimension. Two people with internal worlds dominated by anxiety and torment, which both put into words by writing a vast number of letters that were highly crafted works of literature: invaluable sources of historical information and a recurrent feature punctuating the narration of the documentary. Accompanying the whole story is actress Valeria Bruni Tedeschi, filmed in the Church of Auvers-sur-Oise, which Van Gogh painted only a few weeks before committing suicide in a nearby wheat field.

The opportunity to tell the story of how Van Gogh’s art evolved, and about the Helene Kröller-Müller collection, wasprovided by an exhibition of great importance, Van Gogh. Between wheat and sky, at the Basilica Palladiana in Vicenza. It was curated by Art Historian Marco Goldin, and featured 40 paintings and 85 drawings from the Kröller-Müller Museum in Otterlo, Holland, where Helene’s legacy can be found today.A trip into the exhibition is a two-way journey, as we also visit some of the places important to Van Gogh’s artistic life: Nuenen, Paris, Bruxelles, Auvers-sur-Oise, not to mention footage of the Kröller-Müller Museum shot in Otterlo.